Prior to the September 20th deadline for submitting an application to be a candidate in the October 18th municipal election, I had many folks contact me in person, by email or telephone asking if I would run for Mayor. These individuals are unhappy with the performance of the current Council and Mayor and wanted a candidate who had the qualifications to provide effective governance and leadership.

I have always asked myself two questions when deciding to put my name forward as a candidate for elected office.

First, why am I running? The justification has to be more than I need to keep busy to fill my day, for the money, perks, ego, recognition, stepping stone towards other levels of government to name a few. For me, it is having the skills, political and business management experience, personal attributes, results oriented, having a vision, integrity, understanding of the governance role and a platform that works in the best interests of its citizens. I am confident in knowing I have these qualifications to lead a Council as the Mayor.

The second question is, if elected, would I be committed? The answer is a simple "yes" or "no". Obviously if the answer is no, then don't run. The position of Mayor is a four year, 24 / 7 committment and if I was successful, I would be totally committed.

So, in making a decision, my head said I should put my name forward as I truly believe I would be a very capable candidate, however my heart asked the questions "Am I willing to devote the next four years sacrificing my personal life?" and "Do I still have the drive and passion to campaign as well as meeting the demands of the community?" that the Mayor's position requires. This time, I just did not have the drive to really want to take on the tasks necessary to win and serve as an elected official.

To conclude, I am grateful to the many folks who had confidence in me and encouraged me to run. I felt that it was important for me to explain how I arrived at this decision because of the interest demonstrated by concerned citizens of our fine city, St. Albert. It is encouraging to see so many people running for elected office and I ask that the voters please take the time to vote and become informed about the candidates so we elect a strong Council.

Thank you for your interest and support.

On Thursday, September 17th, I had the pleasure of participating in the official grand opening of the Sturgeon Medical Center strategically located, within walking distance, just west of the Sturgeon Community Hospital as well as easy access from the St. Albert Trail and Boudreau Road.

This new health care facility was a result of the commitment by Northwest Health Care Properties to take the initiative to invest their time, effort and financial resources to enhance health care services for the benefit of the community. Northwest are recognized as experts in providing and administering medical facilities so St. Albert is very fortunate that they recognized the need for this attractive state of the art medical facility to attract physicians and complementary medical services that are in high demand.

Having this new and modern medical center is an asset to St. Albert as it has also brought multiple new small businesses and employers, so “thank you” Northwest Health Care Properties for coming to our fine city and “welcome”.

Looks like spring has finally arrived and with that we are experiencing the arrival of a coyote making a home under a St. Albert resident's deck as well as roaming the street. According to the CTV news report on Wednesday, April 29, the resident contacted the city asking for assistance in catching this animal as it posed a danger to children in the neighbourhood and were told the city did not have the staff or equipment so best for the resident to call Alberta wildlife. Is the safety of our citizens not a priority?

With spring, another arrival is potholes on our roads. Living in a winter climate, one expects roads to deteriorate, however driving around St. Albert it seems evident that the conditions are becoming worse each year. Perron Street and Riel Drive, to name two major roads, are in very poor shape as well as the appearance of more potholes than usual on residential streets. Understandably, with the impact of the Covid-19 pandemic on municipal finances, prudent fiscal management needs to be recognized so it will be imperative for decision makers to differentiate between "needs" versus "wants". Maintaining infrastructure which includes roads, sidewalks and bridges need to be priorities.

Finally, it looks like the Covid-19 pandemic is waning, bringing with it the hope that the economy will reopen and folks will be able to resume socializing again. In the meantime, everyone is encouraged to follow the safety guidelines issued by Alberta Health.

The first quarter of 2019 is in the books and my observations of City priorities are:

I am pleased to tell everyone that I was able to attend the ground breaking event Wednesday, October 24th for construction of the Sturgeon Medical Center located adjacent to the hospital. You may recall during my time on Council I championed this medical center to attract new physicians and related medical services to our community. I was instrumental in working with North West Healthcare Properties in locating in St. Albert and one of my platform priorities during the 2017 municipal election was to make this project a priority and work with North West to make this Medical Center a reality. While it has taken several years for this to happen, as no one on the previous Council undertook the initiative to maintain the focus, we will now look forward to the Center opening in 2020.

It has now been one year since this Council has been elected and timely to comment on some highlights for the past year.

The areas requiring continuous improvement are:

Now the election campaign is over, I would like to thank those voters who took the time to become informed about the candidates and then went out and cast their vote. I’d also like to congratulate the many candidates who were willing to step forward and let their name stand for the ideas and values they believed in.

Obviously, I and my campaign team were disappointed with the outcome; however we do live in a democratic society that respects the wishes of the majority.

I especially want to express my gratitude to those who encouraged and supported me throughout the campaign and voted for me. I would especially like to recognize my dedicated and committed team of volunteers who worked so hard walking the streets delivering brochures, door knocking, installing signs, phoning and delivering our platform message; “Thank You”.

It has been a pleasure to have worked with so many over the past several years as an elected representative and a volunteer in many organizations and now that this election is past, it is time for us to look ahead to a positive future together.

My best wishes to you all.

The meet and greet trade show included all candidates running for office and an estimated 200 - 300 folks attended the 2.5 hour event. The topics included questions related to the past council dysfunction, tax increase, youth concerns on housing affordability, traffic congestion, qualifications of candidates, DARP, services, library / pool / ice rink ballot questions and the forums. Malcolm's positions on the topics of building a cooperative council team, business cases for capital projects, and his qualifications were very well received.

The Mayors forum on Wednesday, October 11th was well attended with a full house at the Arden Theatre to listen to the Mayoral candidates present their platforms and answer several questions concerning traffic issues, economic development, taxes, affordable housing, city inspection recommendations, regional relationships, transit, capital projects and municipal planning commission. The forum can be accessed on the www.stalbertchamber.com website.

When Malcolm was on Council he championed the need for a medical services center to address the physician shortage and to provide related health care services. The past council didn't pursue this project, however over the past four years Malcolm continued his involvement and is pleased to announce there will be an official announcement pertaining to the launch of the Medical Center. Again, evidence he is "results driven" and as Mayor will get things done. 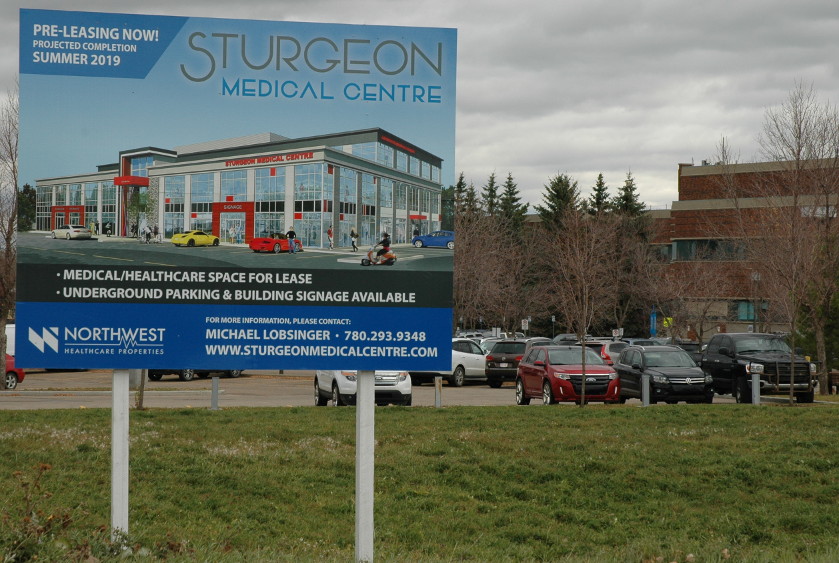 Malcolm is holding a BBQ with hot dogs and pop! Come join us at the corner of St. Albert Trail and Sturgeon Road by the Log Cabin [map]

Malcolm will be at the SUN (Seniors United Now) Meet Your Local Candidates event at 1:30pm at Cornerstone Hall - 6 Tache St. [map]
Members of the public welcome, no charge.